I am a sexy dominant mistress who offers domination. I am a sexy woman with curves in all the right places.

My name is Emma Бќ¤ I provide very good services incall!! Im independent escort !! If you want a special time with a special girl then look no further as I can make your dreams com

we will have a lot off fun together. kiss u guys all gentlemans

Go Something to Eat

-Looking for something different

My name is AlexaБќ¤ОёЏ I am young sweet,Бќ¤ОёЏ girl, warm, beautiful and friendly independent girl, who is WAITING to delight you.Бќ¤ОёЏБќ¤ОёЏБќ¤ОёЏI am very sexy with a gorgeous n

The Kids the Americans Left Behind

I'll call him Leinhart, not to protect his identity so much as because it was years ago and I don't remember his name any longer. Seems like his name started with an 'L', but it's really immaterial because Leinhart's story isn't all that unusual. In a way, what happened to Leinhart has happened to most of us, more than once. Humans are such slow learners. Leinhart was just a dim-witted little smirch -- younger than most of us -- with whom a hundred-or-so guys shared berthing near the aft of an aircraft carrier.

His was the lowest of one of the three-tiered bunks. Mine was the top -- right beneath the flight deck and one of the four wires that Navy aircraft tailhooks grabbed to be able to stop. It was damn noisy during flight ops. Sometime during the cruise, Leinhart became the quintessential Pigpen from Charlie Brown comics. 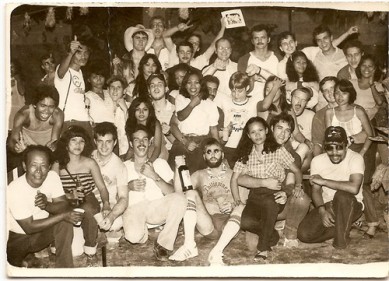 He didn't take showers and he only changed into clean clothes for inspection, after which he donned his dirty blues again. Attempting to shame him only seemed to feed his resolve. He was angry with the Navy over something who wasn't?

Even in berthing, with the stink of too many guys in tight quarters and everything inundated with molecules of Navy chow-induced flatulence perpetually renewed since when the Enterprise first launched we could detect Leinhart. He was sour! He wouldn't leave clothes and linen in the net bags to be picked up twice a week. The grease spot on his pillowcase got so nasty it looked like someone had used it to drain a pound of hot bacon. Finally, a couple of us donned latex gloves, tore his rack apart and put sheets, pillow and all the sour clothes we could find into a garbage bag and threw it off the sponson.

He was pissed for having to pay to replace his stuff -- but at least he had clean clothes for awhile. We finally ganged up on him and threatened his life. We literally dragged him to the showers and convinced him to become reacquainted with the standard issue white washcloth. We even contributed soap --good old Lava with pumice -- as a gesture of our sincerity. That became a weekly ritual for awhile. He was such an annoying shit-for-brains, if he wanted to be an obvious target for our aggression, he was welcome to it.